Exactly two months have passed since my return to US after nearly 8 years abroad and only now I feel myself starting to adapt.  It is funny because for a long time I knew I was ready to leave Sao Paulo and return to US, but once the day finally came, resistance to the change overcame me and I dug my heels into the ground.

Change is a funny thing.  We crave it, dream about it, need it for survival, yet when it approaches we often fight it kicking and screaming.  Leaving Brazil in the middle of an epic hot summer to land in New York during one of the coldest (and snowiest) winters on record was the first big challenge.  I bought new winter boots and a jacket, cranked up the heat in my apartment, traded in my morning green juice for hot oats and other warming foods…But adapting to the outer environment was only a mirror for the inner adaptation that needed to transpire.

You see, much to my chagrin, I actually acclimated quite nicely to my life in Brazil. It was to the point that whenever I was in US talking to Americans they would discover I lived in Sao Paulo and say things like, “Yah, I thought I detected an accent” or “you do look a little Brazilian.” What bothered me at first about Brazil (the perpetual lateness, hot tropical weather, insouciant approach to life) became what I learned to treasure most about the country and its people.  Each time I insisted that something function like it does in US and made comparisons, I was the only one who suffered.  Eventually I relaxed some of my American ways and tried to go with the flow – Brazilian style.

I remember well the first birthday I spent in Sao Paulo, I invited the only 2 people I knew at the time to join Eduardo and me for dinner at 8.  Well by 8:30 neither one had called or shown up.  I was already teary and growing more and more depressed at the prospect of being stood up on my birthday!  But by 9 one had called, and by 9:30 they were there.  “But who shows up an hour and a half late to a birthday dinner?” I whined to my husband.  Yet these new friends were exactly on time: Brazilian time.  With the years, I acclimated. I also started to run on a more fluid clock. A Brazilian clock.

My first week in New York I went to check out a 10am class at a yoga studio I had never been to before.  There were 6 inches of snow on the ground and it was well below 0 degrees (celcius), but I bundled up, took the metro, walked in the freezing cold and snow to find this place.  I took the wrong exit out of the subway station which added a few blocks to my commute and I showed up promptly at 10:08 am.  “I’m sorry,” the receptionist smiled, “but we can’t let anyone in past 10:05.  There is a 5 minute window for lateness.”  My face immediately crumpled into a confused look of shock and disbelief.  Huh? But 5 minutes late is practically early where I come from!  I immediately burst out in sobs. (It was a stressful morning).  My inner brat began (silently) namecalling and ranting about all the things wrong with New York and these uptight Americans.  My inner yogi recognized that if I am to make it in this new city, I better set my watch a few minutes fast and start living it like the law.

Yoga is a practice that helps us to embrace change.  Every day I get on my mat and my body feels different, my energy level has changed, my mood may have shifted since the previous day.  The practice teaches us how to greet the daily changes and honor them with grace, precision, and respect. Ideally the yoga practice helps us become more fluid and adaptable not only to the changes we all experience in our physical bodies, but to adapt with greater skill to changes in our outer environment as well.  Change is, afterall, the only thing constant! As we become more sensitive and tuned into the world around us, we can make the necessary shifts to not only survive, but to thrive with whatever situation (and in whatever location!) we find ourselves in. 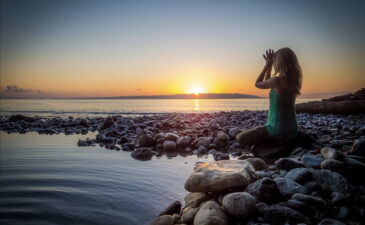 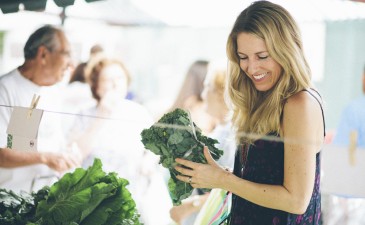 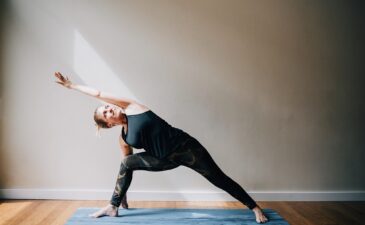